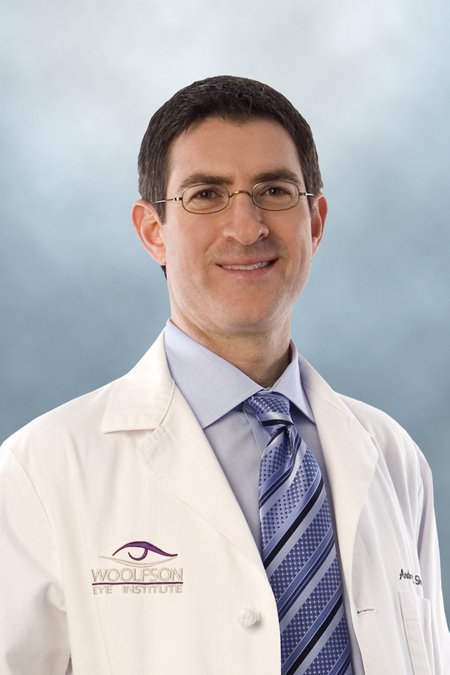 A native of Minneapolis, Minnesota, Dr. Brody attended Washington University in St. Louis, Missouri where he received a BA in Spanish and remains fluent in the language.  He then attended the Chicago Medical School at Rosalind Franklin University of Medicine and Science in North Chicago, Illinois earning both an MS in Applied Physiology and his MD.  Dr. Brody then completed a transitional internship at Illinois Masonic Medical Center and his ophthalmology residency at the legendary Cook County Hospital, both in Chicago.  Following his residency, he completed additional specialized training in New England focused on laser vision correction and refractive surgery, including LASIK and PRK.

Upon completing his medical training, Dr. Brody worked in private practice as a comprehensive ophthalmologist and refractive surgeon in Charleston, South Carolina for three years before joining Woolfson Eye Institute.

Aside from his clinical activities, Dr. Brody has conducted extensive clinical and basic science research, including the areas of cataract surgery, dry eye, corneal transplantation, glaucoma, ocular trauma, and uveitis.  He has participated in FDA trials for both pharmaceuticals and medical devices.  His work has been published and presented at major scientific meetings, including those held by the American Academy of Ophthalmology (AAO), the International Society of Refractive Surgery (ISRS), the American Society of Cataract and Refractive Surgery (ASCRS), and the Association for Research in Vision and Ophthalmology (ARVO).  He also is the inventor of several ophthalmic surgical instruments that are widely used in the field today.

Dr. Brody has served a consultant for several major ophthalmic pharmaceutical companies and surgical device makers. He has given numerous lectures at both national and regional meetings, and regularly contributes to scientific articles in ophthalmology journals. He currently serves as a reviewer of the prestigious Journal of refractive Surgery.

He lives in the Atlanta metro area with his wife and their two children. Besides spending time with his family, he enjoys the outdoors, playing music, and traveling.