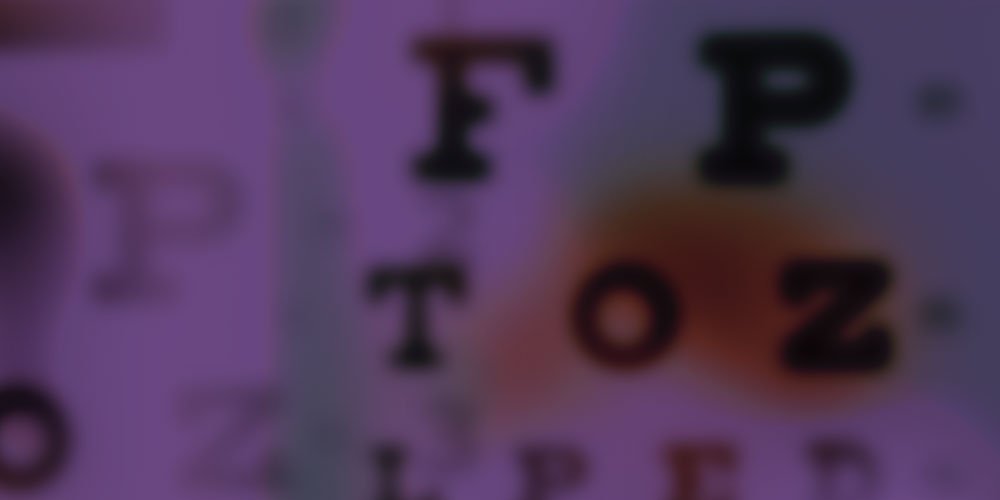 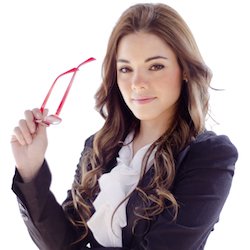 Have you ever thought about the success rates of LASIK? After all, if you are undergoing any kind of surgical procedure (especially on your eyes), it’s good to know the facts.

In this article, we are going to discuss LASIK outcomes, which can be divided into three major categories:

What are the side effects of LASIK surgery?

When we talk about side effects, we’re talking about things that are not long-lasting. Side effects are not expected to affect the ultimate surgical result.

Haziness and blurred vision after LASIK

Patients commonly notice some haziness and blurred vision for several hours, or possibly even a few days after laser eye surgery. This temporary LASIK side effect should not create lots of anxiety.

Glare symptoms can manifest as starbursts, halos, or just a general haziness. Patients who are bothered by glare following LASIK usually express concerns about their quality of vision based on symptoms experienced while driving at night. Glare is something that can last a few days, weeks, or even months.

It’s important to note that not every patient has glare as a side effect, but when they do, it’s usually comparable to what they’ve experienced with contact lenses. An encouraging detail is that a wavefront-guided procedure (also known as Custom LASIK) actually decreases the chance of developing long-term glare symptoms. According to FDA trials, after a custom LASIK procedure, patients are more likely to report improvement rather than worsening of their night vision.

Dryness is another common side effect. Dryness after LASIK has to do with the temporary damage that’s been done to the nerve endings in the cornea, which can take several weeks, months, or even longer to recover.

Most patients don’t have much difficulty with dryness. Typically, patients who experience dryness are given lubricant eye drops. In fact, every patient is given lubricant drops as part of their LASIK kit that goes with their surgery, but patients who have dryness symptoms that last longer than a few weeks or months will sometimes be put on a prescription eye drop.

What are some of the complications of LASIK surgery?

Complications are more serious than side effects, and may even affect a patient’s long-term result. Complications sometimes require added medication or other treatment—sometimes even further surgical intervention.

The severe wrinkles that come from a slippage of the LASIK flap often are accompanied by interesting or exciting stories. One case involved a patient who got in a bar fight the night after LASIK. Another patient ran into a tree when they were four-wheeling in the woods.

Surprisingly, these patients can end up with very good vision and eye health, but slipped flaps should be treated sooner rather than later to minimize the chances of the vision being compromised by the event.

Another complication after LASIK is called epithelial ingrowth. Ingrowth is when the outer layer of cells that cover the cornea manage to find their way under the LASIK flap. It’s actually very rare to have ingrowth after an initial LASIK procedure, but more common after a flap has been lifted in order to offer a re-treatment (something we call a LASIK enhancement).

When we lift the LASIK flap, the edge of the flap isn’t as smooth as a brand new LASIK flap. This is where the cells sneak in, filling in the gap that they’re supposed to fill in. However, sometimes the cells will be a little bit more aggressive than they need to and get under the flap. That’s fixable by lifting the flap if it’s a significant amount, or just monitoring to make sure it fizzles out, which is something that it can do on its own.

To treat ingrowth, the surgeon will lift the LASIK flap and wipe away the cells, then lay the flap back down. Most ingrowth cases endure a single treatment to resolve the problem, but there are instances in which the ingrowth may recur and require repeat treatment.

Inflammation under the LASIK flap is called diffuse lamellar keratitis. This occurs when white blood cells sneak under the flap. We put all patients on anti-inflammatory drops that decrease the level of irritation and inflammation after LASIK.

The immune system naturally fights infection, but when the response is excessive and white blood cells appear under the LASIK flap in too high of numbers, they can affect the long-term result. When we see this, we want to intervene very quickly, which typically consists of increasing the dosage of anti-inflammatory drops.

The small percentage of patients who develop diffuse lamellar keratitis or DLK usually respond well to increasing the anti-inflammatory drops for several days or even a couple of weeks. Occasionally we’ll lift the LASIK flap to rinse away the offending cells. Rarely, we’ll put patients on oral corticosteroids (like prednisone) to help minimize the amount of recurrence.

The most serious complication that we worry about is infection. Infection after LASIK is very uncommon, happening to about one in 5,000 LASIK patients across the country. In our practice, the number is actually much lower than that. We’ve had three LASIK infections out of 80,000 procedures (roughly 1 in 27,000 procedures), so we are doing something right.

We believe that our low infection rate is a product of careful in-office instillation of antibiotic drops and the care we take in instructing patients on their own care.

Another category of complications are those that can occur during surgery. Intraoperative complications occur when some step of the LASIK procedure does not go as expected. In about one out of 2,000 LASIK cases the flap, which is created with either a laser or an instrument called a micro-keratomereason, isn’t as smooth as it needs to be. In that case, the surgeon will make the decision to stop the procedure. It’s important for a LASIK surgeon to be willing and able to make the decision to discontinue surgery in the rare event that the flap-making step does not go perfectly.

While it’s not fun to have your LASIK surgery interrupted, it is the correct way to handle a case like that. Patients who experience this are typically able to come back and proceed with vision correction surgery several months later.

What are the average outcomes of LASIK surgery?

Since we are discussing LASIK side effects and complications, we also want to talk about the positives, which are the results we are able to achieve for our patients. The general LASIK results are excellent. In fact, it’s one of the most successful elective procedures based on patient satisfaction ever.

Even though patients who are 20/30 or worse may have already seen a huge difference in their vision, they sometimes want to seek a fine-tuning. In fact, when we have a patient who is not yet happy with his or her vision, we’re often able to offer a retreatment.

Timing retreatment is an important decision. It is important to ensure that your vision has stabilized, typically for 6 months, prior to offering an enhancement. When an enhancement is indicated, our goal is to do everything we can to make sure the next procedure is the patient’s last procedure.

Struggling with your vision? Here’s your next step.

At Woolfson Eye Institute, we are committed to matching you with the procedure that is right for you, whether that is LASIK, PRK or something else entirely.

If you aren’t happy with your vision, and are considering LASIK or any other form of eye surgery, please find our location nearest you, and give us a call today!